(3) Medical requirements. The RMIs were musculoskeletal injuries that a licensed physician objectively identified and diagnosed; and

(4) Time requirements. The RMIs were reported by the employees to the employer in the last 12 months, but not before July 3, 1997. 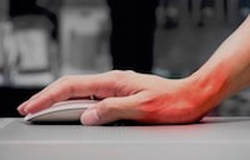 (2) Control of exposures which have caused RMIs. Any exposures that have caused RMIs shall, in a timely manner, be corrected or if not capable of being corrected have the exposures minimized to the extent feasible. The employer shall consider engineering controls, such as work station redesign, adjustable fixtures or tool redesign, and administrative controls, such as job rotation, work pacing or work breaks.

(3) Training. Employees shall be provided training that includes an explanation of:

(A) The employer's program;
(B) The exposures which have been associated with RMIs;
(C) The symptoms and consequences of injuries caused by repetitive motion;
(D) The importance of reporting symptoms and injuries to the employer; and
(E) Methods used by the employer to minimize RMIs.

(c) Satisfaction of an employer's obligation. Measures implemented by an employer under subsection (b)(1),   (b)(2), or (b)(3) shall satisfy the employer's obligations under that respective subsection, unless it is shown that a     measure known to but not taken by the employer is substantially certain to cause a greater reduction in such         injuries and that this alternative measure would not impose additional unreasonable costs.
Golden Gate Ergonomics
1001 Bridgeway #729, Sausalito, CA 94965  * stephanie@goldengate-ergo.com
(415) 828-2976
Copyright © 2017 Golden Gate Ergonomics
Website by Weebly Expert
Proudly powered by Weebly
Website by Weebly Expert